Reunited after 50 years - thanks to Chronicle 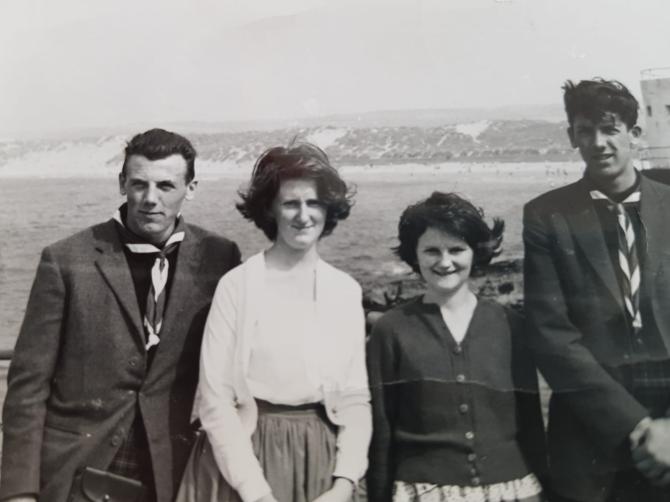 Scotsmen Jim and Richard Smith with local girls Ruth and Marion Wright pictured at Portrush in 1962.

COUSINS from different countries, who lost touch half a century ago, have regained contact - thanks to a  photo published in last week's Chronicle.

Jim Smith from Glasgow attended Scout camp on the North Coast as an 18-year-old in 1962.

During the trip, he spent a day with Marion and Ruth Wright - cousins from his grandmother's side of the family.

She had been raised in Drumaheglis but married a Scotsman and had moved to Glasgow years earlier.

Jim was with his  brother Richard when he met the sisters, but after a single pleasant afternoon together the foursome parted company and they never spoke again.

The only reminder they were left with was a photo taken by Marion's dad somewhere close to the Arcadia overlooking East Strand.