‘We all marvelled at this family’s love for one another’ 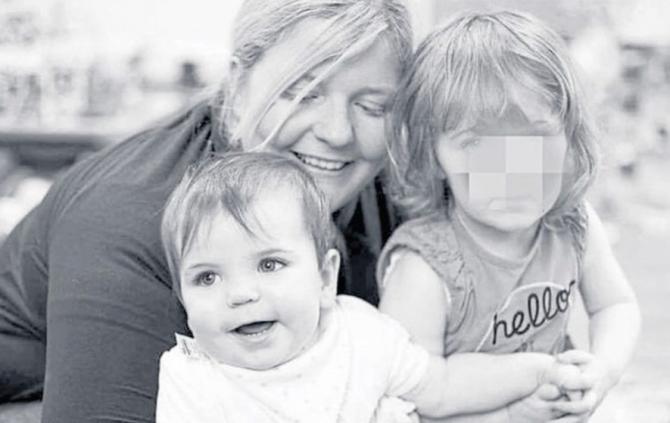 FAMILY and friends of a mother and daughter who were tragically killed in a quad bike accident gathered in Ballycastle last Sunday (May 17) to pay their final respects.

35-year-old Clare Smyth and her three-year-old daughter Bethany lost their lives when their quad bike was involved in a collision with a tractor close to their family farm in Ballycastle last Tuesday (May 12).

Her five-year-old daughter, Hannah, was also seriously injured in the collision and has had to endure seven hours of surgery.

Clare’s husband Ryan, who was nearby when the accident took place, has been at Hannah’s bedside ever since at the Royal Belfast Hospital for Sick Children.

While a service of thanksgiving took place privately for Mrs Smyth and her daughter, those wishing to pay their respects were asked to do so outside Ballycastle Presbyterian Church, while adhering to social distancing rules.

The family’s minister, the Rev John Stanbridge, from Ballycastle and Croaghmore Presbyterian Church, insists he ‘instantly liked’ Ryan and Claire from the first moment he met the couple.

“I have known the Smyth Family now for eight years.  Ryan tells me, that his first encounter with the new minister, was when I pulled up beside him on my motorbike, and asked him if he’d like to go to church,” he said.