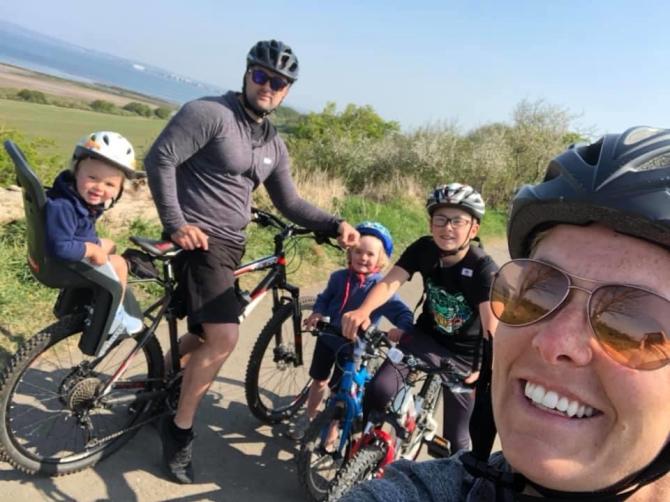 SIX time Olympic champion Sir Chris Hoy has praised the efforts of  schoolboy Ethan Rankin who cycled 100 miles to raise money for the NHS - before his fifth birthday.

Ethan, who lives  in Scotland but whose father, Aaron, is from Coleraine, was inspired to complete the challenge after watching Captain Tom Moore complete 100 laps of his garden.

And while his parents were initially sceptical about their son’s ambition, they were left feeling nothing but pride as he finished the final few miles on Sunday, the day of his fifth birthday.

In the process, Ethan has raised over £4,000 for National Health Service staff in his native Ayr - and earned the admiration of Scotland’s most successful Olympian.

“I just want to say a massive well done on cycling 100 miles during lockdown and raising money for the NHS,” Sir Chris Hoy said in a message to Ethan at the weekend.