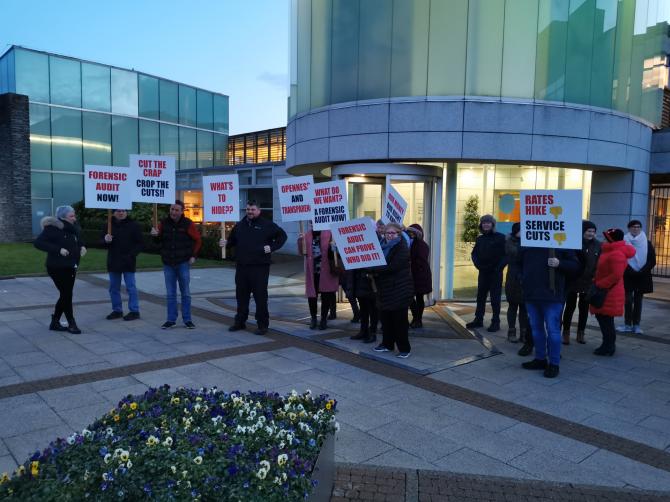 A FIFTY-strong group of protestors have vented their frustration outside Council headquarters this evening in light of the well-documented financial situation at Cloonavin.

Although the protest passed off peacefully, members of the group made their voices heard as they called for a forensic audit to be carried out on Council's finances.

On Monday, members of a local Facebook group known as 'Causeway Coast and Glens Debt Watch' announced that they would be picketing outside Council's offices prior to this evening's meeting of the Full Council Committee.

A spokesperson for the group says that a financial audit would provide clarity for residents living within Causeway Coast and Glen's Borough.

Following the protest - which started at 6.30pm - a number of 'Causeway Coast and Glens Debt Watch' members took their place in the public gallery of the Council chamber.

*Read the full reaction inside the Chronicle.