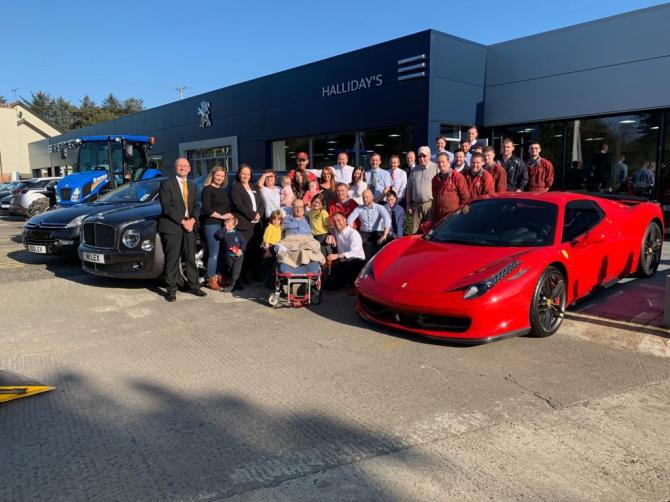 Lex Halliday visited his Bushmills showroom in the days leading up to his death.

THE boss of Citroën UK has led tributes to Lex Halliday, who passed away following a long battle with illness, describing him as “an exceptionally well-respected member” of the motor trade.

His funeral took place last Wednesday, with seven hundred mourners packing into Portrush Presbyterian Church to pay their last respects to one of the area’s highest profile businessmen.

His son Lexy told the Chronicle the number of people who attended the Service of Thanksgiving reflected how popular he was.

“Throughout his time working at the business, dad made sure he looked after people,” he said. “Friends and customers kept coming back because he was honest.

Stay at home and save lives