Hotel developer vows 'to press ahead' 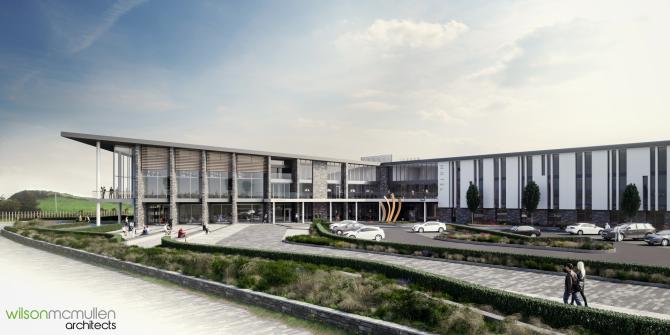 Architect’s plans for the £20m Merrow Resort and Spa on Portstewart’s Ballyreagh Road.

DEVELOPERS hoping to build a luxury hotel in Portstewart have insisted a successful legal bid to quash planning permission by Jim Allister will not permanently derail the project.

Speaking for the first time since the North Antrim MLA won his judicial review of the council's decision to approve the £20m Merrow Resort and Spa, C&V Developments said they will not be ‘put off by delays.’

Mr Allister successfully argued there had been procedural unfairness and breaches of planning committee protocol.

The judge also agreed that council made errors of law surrounding consultation over access to the development and breached regulations on Environmental Impact Assessments.