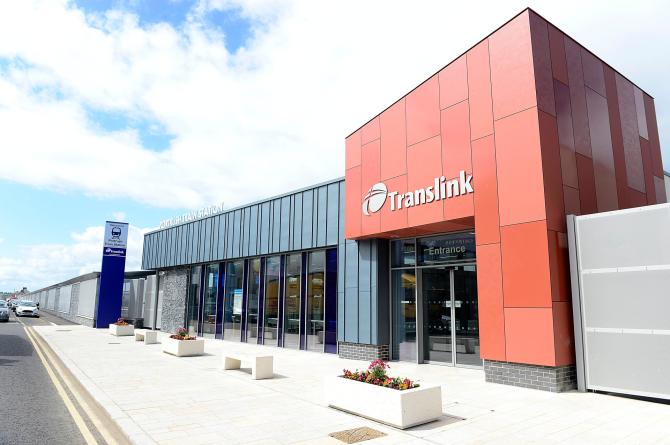 LOCAL train operator Translink has confirmed that the official opening of Portrush Train Station has been postponed following reports that organisers have withdrawn an invitation to Prince Andrew to officiate at the ceremony.

The statement came after Sky News reported that organisers had withdrawn an invitation to the Duke of York to the ceremony at the seaside station, which has undergone a £5m upgrade.

The Duke has been embroiled in controversy over claims he forced a woman to have sex with him when she was 17-years-old. He denies the claims.

The alleged abuse was reportedly facilitated by his late friend, the disgraced paedophile financier Jeffrey Epstein, who took his own life in jail.

One of the organisers of the Portrush event expressed concerns to Sky News that the Duke's presence would "change the narrative" surrounding their event.

A Translink spokesperson told The Chronicle: "We have postponed the official opening of Portrush Train Station to a more suitable time.”

However, it is believed his invite to the annual Duke Of York Young Champions Trophy at Royal Portrush Golf Club next week, where he is patron and where The Open was recently staged, still stands.

The competition is for boys and girls under the age of 18. A palace spokesperson said Andrew will "host the tournament dinner, attend the tournament and present prizes".

"The Duke of York has a full programme in Northern Ireland as founder of The Duke of York Young Champions Trophy. HRH will undertake a number of engagements related to the tournament, at which there will be 66 sportsmen and women from 35 countries.