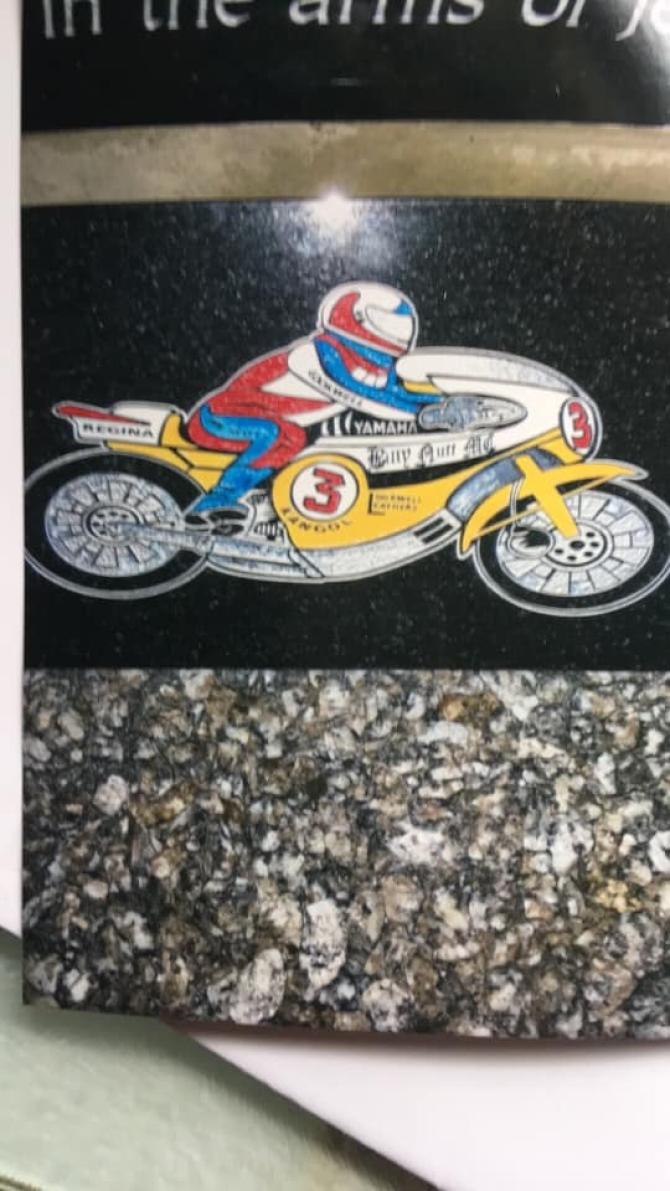 A GRAVESIDE plaque in memory of  a much-loved North West 200 rider has disappeared from his final resting place as the countdown continues to this year's race.

Heartbroken widow Maureen Scott is appealing for the return of the missing marble memorial  depicting her late husband Jim on his motorbike in 1977 when he was crowned Ulster and Irish Champion.

Motorcycling fanatic Jim, who died almost two years ago at the age of 77, took part in the North West 200 in the 1970s.

Grandmother Maureen, who lives at Ballyrashane and works at Bushmills Post Office, was devastated after discovering that the specially made plaque was missing from Ballyrashane Parish Church graveyard.

She told The Chronicle: “I'm absolutely heartbroken; it's coming up to the second anniversary of Jim's death which is hard enough to cope with, without thinking that someone may have stolen the wee memorial to him. It's irreplaceable and priceless to me.

“The plaque was specially made for Jim's grave and quite heavy; people have been very kind and have  offered to make me another one but it wouldn't be the same.