Maureen's trip back in time to trace her roots

An unforgettable journey to Coleraine’s Waterside for Australian lawyer 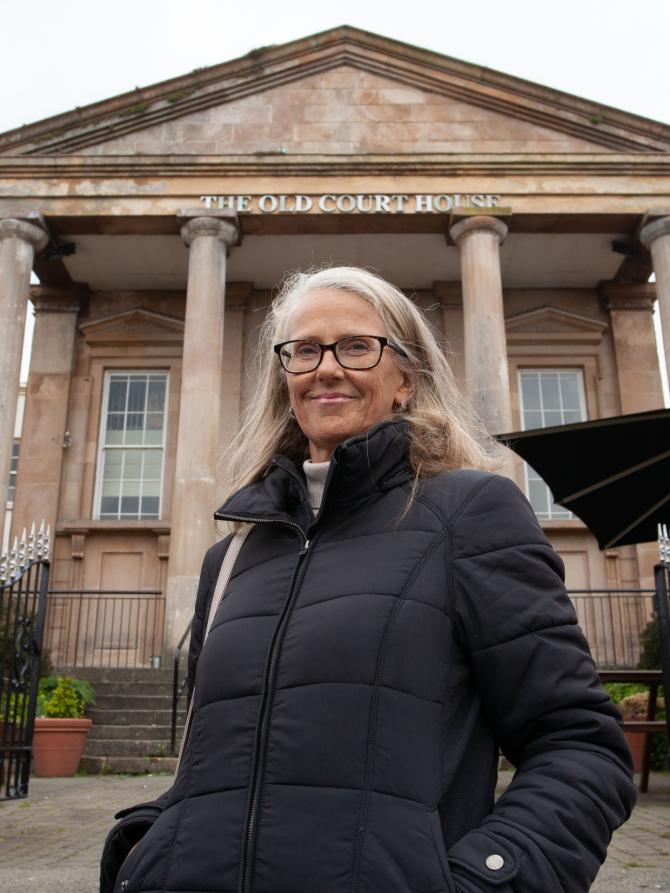 A CENTURY after her grandfather visited Coleraine for a family reunion, Australian lawyer Maureen McLaughlin has retraced his footsteps in the town's Waterside area.

After serving in France with the Australian Expeditionary Force during the First World War, Private Philip McLaughlin went AWOL (absent without leave) to make his last visit to his uncle Patrick McLaughlin's home.

The reunion in May 1919 came to light after a cutting from our sister paper the Northern Constitution dating back to May 10, 1919 was discovered in an old box of family records  in Melbourne.

The cutting reports how Private McLaughlin “a fine type of Colonial soldier,” had “paid a short visit to his relatives in town during the week, prior to sailing for his home in Melbourne.”

It adds: “His father Mr John McLaughlin emigrated a good many years ago and old friends in the district were pleased to welcome his son and to know that he is well and prosperous under the Southern Cross.”

'Leave' passes also survived in the treasure trove of memories which revealed that Phillip had visited his relatives in the Limavady area twice during the war years.

Beautiful old cards were also found, along with mementoes and snippets of news sent from Northern Ireland to Maureen's great-grandfather John after he emigrated  in the late 1880s.

Maureen contacted The Chronicle  as she finalised plans for her special centenary tour of Northern Ireland, in her grandfather's memory and to celebrate her local family links.

She said the box of memories had provided her family with “many wonderfully tangible connections with our grandfather and his war service, of which we knew very little.