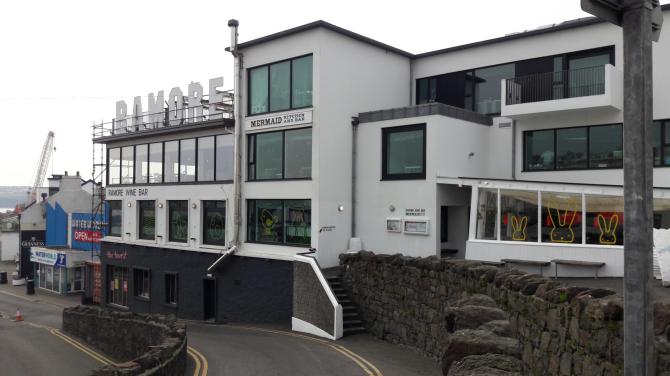 AN investigation has been launched after a rat was killed in front of shocked diners at the Ramore Wine Bar in Portrush.

And an animal welfare charity has questioned whether the incident could have been handled differently.

Causeway Coast and Glens environmental health officers were alerted after a 45-second video showing the rodent scurrying around the popular coastal eatery before being trapped and killed in front of customers went viral.

Thousands watched the footage, sharing and commenting on its contents. Facebook deemed it "violent or graphic" and users had to hit an "uncover" button in order to view it.

Stephen Houston from Broughshane was at the Ramore with friends last Tuesday evening and had just ordered a meal when the commotion began.

The rodent can be seen on video running through the harbourside restaurant, with diners screaming and climbing on to seats.

Restaurant staff can be seen trapping the rat in a chair with two brooms before stamping on it repeatedly. It is believed that the rodent was then taken away and disposed of.

Mr Houston, who said the rat had crawled up his leg, added that the restaurant had continued to serve food before the clean-up was complete. He received an apology from a manager and a free meal.

The 26-year-old said he had no idea what was happening until the husband of a woman filming the incident informed them.

After the rat was trapped a man stood on it and "blood spurted across the floor. He added: “The room just howled when that happened.”