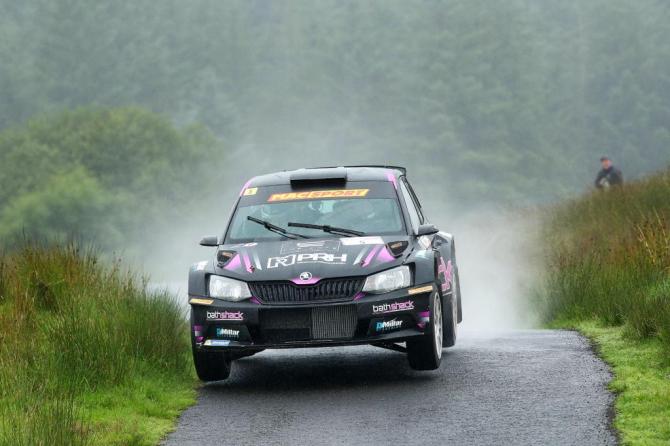 Right-hand-drive R5 rally cars will be eligible to score points in the Irish Tarmac Championship this year, the Chronicle has learned, with the move receiving “overwhelming support” from competitors.

It comes after more than a year of behind the scenes talks with motor clubs, teams and the sport's governing body in Ireland.

Due to be confirmed tomorrow (Monday), the decision allows the cars to score points on each round of the Championship, with these counting towards the drivers’ and co-drivers’ titles. However, as the cars have not been approved by the FIA, they cannot win events like the Ulster International outright.

Championship manager Paddy Flanagan admits “it isn't the perfect solution” but believes it is a “move forward considering the cars were not allowed to compete on events only a couple of months ago”.

Flanagan said: “The decision was also influenced by the overwhelming support from competitors currently driving left-hand-drive R5 cars. The Tarmac Rally Organisers’ Association would like to recognise the time and effort of those colleagues who spent many hours of their own time trying to overcome these challenging issues.

“The Tarmac Rally Organisers’ Association are also grateful to Motorsport Ireland who have given their wholehearted support in the pursuit of a resolution to this.”

Local Irish Tarmac Championship driver Desi Henry has welcomed the move, telling The Chronicle he is looking forward to the increased competition it will bring.

“It’s the big change Irish rallying, and in particular the Irish Tarmac Championship, has been waiting for,” he said. “The R5 formula is the way forward as it levels the playing field amongst all the competitors. Allowing right-hand-drive R5 cars to score points on each round is sure to generate more interest and, more importantly, draw more competitors.”

The opening round of the series takes place in Galway early next month, with more than twenty R5 cars set to take part. One of them will be Jonathan Greer and, like Henry, he reckons the rule change can be a force for good.

“I think this is a positive step for the Championship. Anything that brings more competitors into the R5 category can only be a good thing,” said the 2017 Northern Ireland Rally champion.

“It’s a compromise until a manufacturer starts to homologate right-hand-drive R5 cars. Until that happens this is the only option available to the Irish Tarmac Championship.

“The guys have been working very hard behind the scenes to make this happen and they deserve credit for that,” he added.