Six of the best for Slaughtneil 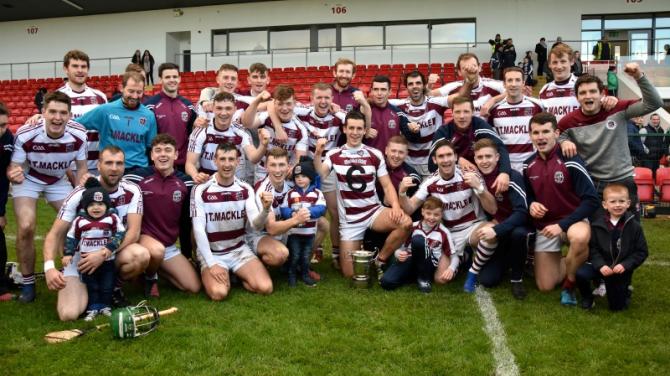 SLAUGHTNEIL’S dual players will have little time to celebrate winning a SIXTH Derry senior hurling championship title at the weekend.

That’s because they are due back in action with the club’s senior footballers at Owenbeg on Wednesday evening.

The Emmet’s face Eoghan Rua Coleraine in a replay of their quarter-final tie with a last four meeting against Ballinascreen awaiting the winners.

Slaughtneil have won the last four Derry SFC titles but were pushed all the way in the original drawn game by 2010 champions Coleraine.

In the end, both sides may have been pleased with the draw, as it gives them a second bite at the cherry.