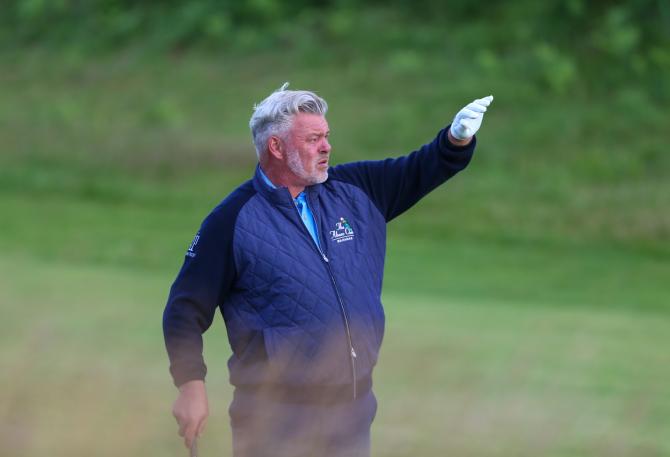 DARREN Clarke has admitted hitting the opening tee shot of The 148th Open at Royal Portrush Golf Club was 'more emotional' than he thought it would be.

Clarke's comments came after he fired a level par 71 in the opening match of the tournament on Thursday.

“I didn't think I'd feel the way I did,” admitted Clarke.

“I was waiting to take my tee shot on the first and I was just, wow, this is The Open Championship, back in Portrush.

“The support, everything from the crowd, they've put their arms around it.

“It was more emotional than I thought it was going to be,” he added.

A packed grandstand greeted Clarke and his playing partners at 6.30am on Thursday and the crowds never let up the whole way around.

“This was a good one,” admitted Clarke.

Clarke plans to hit a few balls in practice before watching the remainder of the afternoon's play.