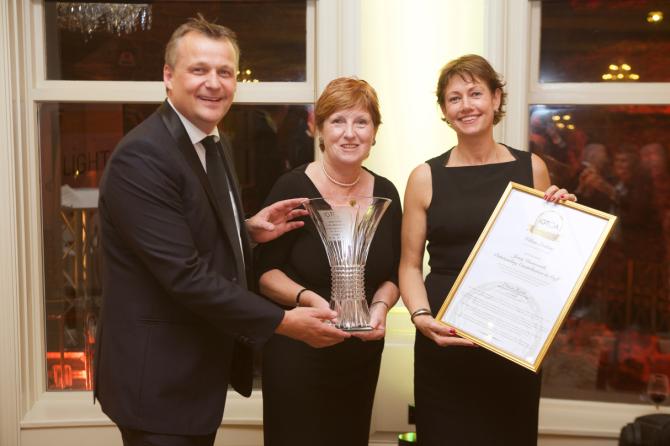 Wilma, who has held the position for almost 35 years, was presented with the Lifetime Achievement Award at the association's recent annual dinner in the Galgorm Resort, Ballymena.

Accepting the award, the Ballymoney woman paid tribute to her hard-working team at Royal Portrush which is preparing to welcome The Open Championship back after an absence of almost 70 years.

"I'm not usually a person that's out in front so it was slightly embarrassing but I've worked with the tour operators for a lot of years so it was nice that they picked me out," said Wilma.

"But you look at these awards and it's like somebody's trying to tell you something!"

Wilma Erskine has helped oversee numerous changes to Royal Portrush Golf Club during her time in charge and plans to step down in the wake of next summer's Open Championship.

To read the full article, see this week's Chronicle.