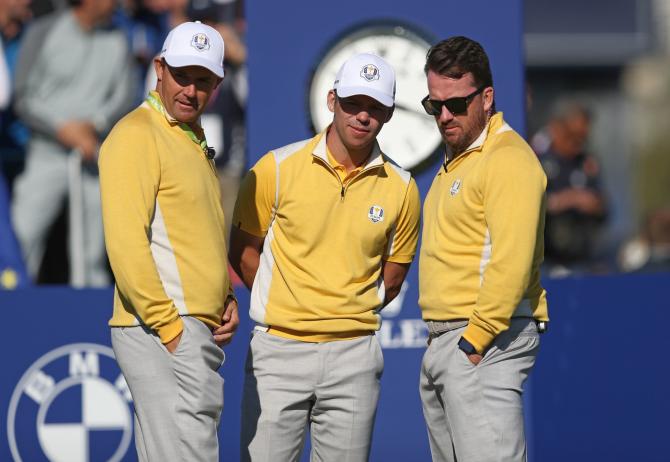 PORTRUSH golfer Graeme McDowell admits he has designs on the Ryder Cup captaincy - but just not for a while!

The Rathmore clubman was one of five vice-captains in Paris as Europe regained the trophy with a convincing win over the USA.

He also has a proud playing record in the competition, having sank the winning putt as Europe lifted the trophy at Celtic Manor in 2010.

But he is aware there is a queue of potential captains lining up in front of him to claim the topjob.

"I'd love to do it myself but I'm probably ten years out," said McDowell.

"There are a lot of great players who are going to get the opportunity to captain the team."