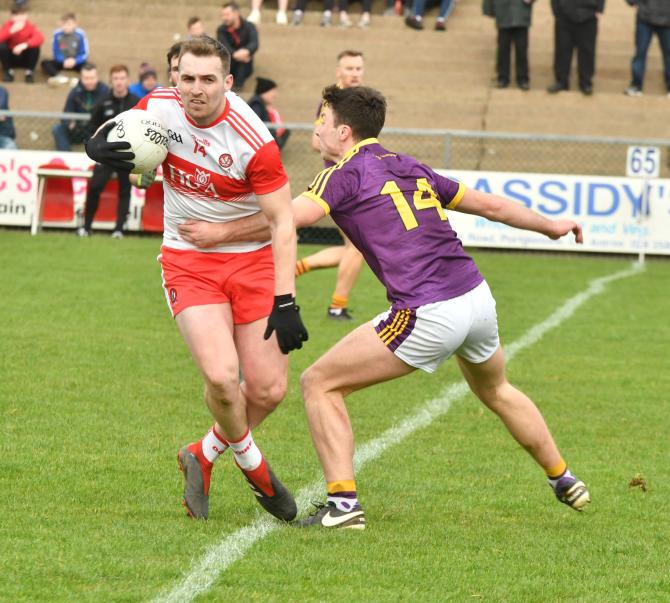 Derry will play Donegal at Celtic Park this evening (Wednesday) at 8pm in the second qualifying round of the Dr. McKenna Cup.

In this round robin series, Derry lost away to Monaghan by six points in their opening game.

Donegal then beat Monaghan on Sunday by 1-12 to 0-14 after coming from five points behind with a very inexperienced team.

With managers using this low key competition to blood young players it will be more of the same in this one.

If Derry are to reach the knock-out stages they will need to beat Donegal by six points and that would nudge them ahead of Monaghan.

Given that new manager Rory Gallagher is without the Slaughtneil and Coleraine hurlers - who have just finished their programme - there isn't much wriggle room to change the team that played against Monaghan and faded in the final ten minutes when victory looked to be in sight.

Shea Downey was the big ‘find’ in that game giving a dominant display at centre half back, a position his uncle Henry Downey starred in the nineties.

Donegal will be favourites but, with home advantage, Derry cannot be ruled out.

Meanwhile, the Oak Leaf county's Under-20s travel west to face Mayo this Saturday in their next outing in the Under-20 Development League.

Mickey Donnelly's young charges drew with Donegal at Celtic Park in the opening round at the weekend, two late points from Ronan Frian earning the visitors a share of the spoils.

A Conleth McGuckin goal in the ninth minute gave Derry a 1-2 to 0-2 lead but they did not score for the remainder of the half and the visitors added another five.

Ten minutes into the second half Conor McHugh, with a low shot, notched Derry’s second goal to leave the score 0-10 to 2-2.

Donegal took control in the closing stages, however, with the impressive Frain claiming a draw for Donegal with his two late scores.

This Saturday Derry travel to Mayo and finish off the following week with a home game against Roscommon.