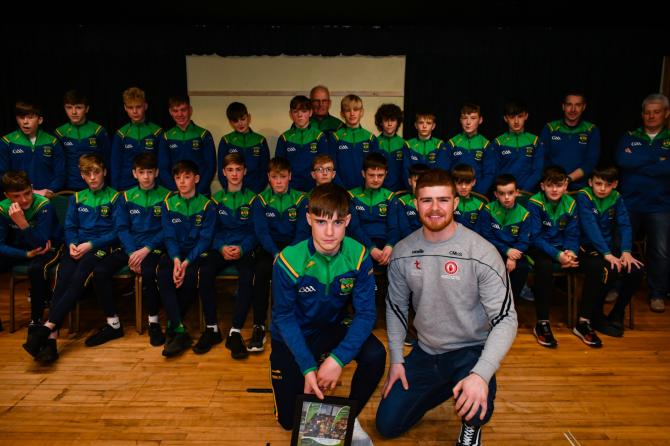 The Owen Roe O'Neill's clubman presented various awards to the north Derry club's young stars, of which there are plenty.

The club enjoyed plenty of success at underage level throughout the year, reflected in the number of trophies on display in the clubrooms.

At an individual level, pride of place goes to teenager Ryan McNicholl who earlier in the season claimed the prestigious Under-14 All Ireland Skills title.

It's a tremendous honour for both Ryan and his club and one which hints at a bright future for the three-times Derry senior football champions.

For more photos of the evening's presentations, see Tuesday's Chronicle.