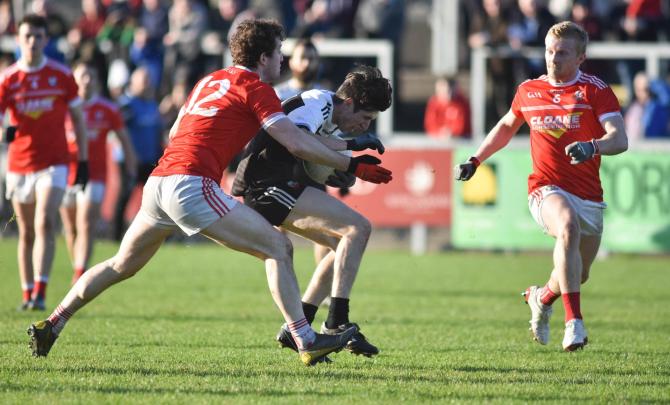 Derry champions Magherafelt lost to Kilcoo at the weekend.

DERRY champions Magherafelt crashed out of the Ulster Senior Club Championship at the weekend.

The Rossas lost by five points to Down kingpins Kilcoo at Pairc Esler in Newry in a game which was tighter than maybe the final scoreline suggests.

The game hinged on a controversial moment when match referee Joe McQuillan called play back to give Magherafelt a free after they had scored a goal from the attack.

"It was an unbelievable decision," he fumed.

"But good luck to Kilcoo, we have no complaints about them," he added.

Despite the defeat, there was Derry delight for former Oak Leaf boss Micky Moran who manages Kilcoo.

Conleith Gilligan, an Ulster and All Ireland winner with his club Ballinderry, is part of Moran's management team so at least there is some local interest going forward.

There was disappointment, too, for Derry Intermediate champions Foreglen who produced a spirited performance against Magheracloone from Monaghan.

Just a goal separated the sides at the end, the hosts winning 3-10 to 2-10, to book their place in the last four.