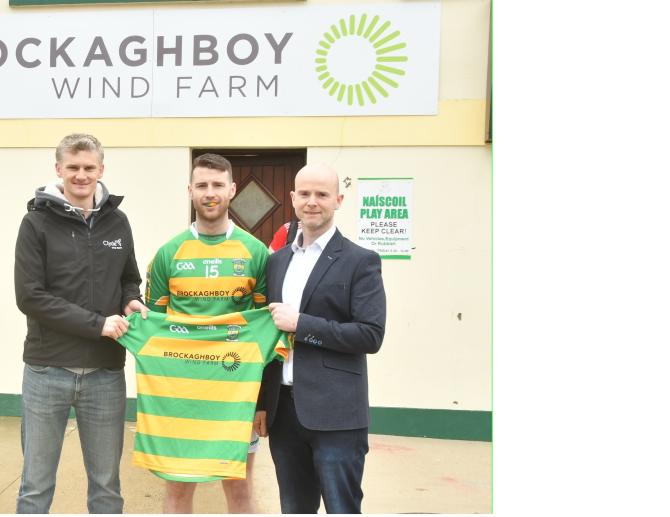 A LATE free from Oran Armstrong kept Claudy’s promotion hopes on track at home to Glenullin on Wednesday night.

Claudy hit the front from the very first action of the game as Shea Kerrigan’s pointed effort dropped short of the target before being slipped by the Glenullin goalkeeper.  Aaron Kerrigan, the goal poacher was once again lurking and pounced, showing real composure to round the goalkeeper before blasting into the net.

Glenullin regrouped thanks to scores from Dermot O’Kane and the impressive Neil McNicholl, while Oran Armstrong and Eoin McGahon replied for Claudy.Eoin Bradley gave the ‘Glen a huge boost after coming off the bench for the injured Feargal Close and struck a point almost immediately after his entry to the fray, but Claudy led 1-5 to 0-7 at the break.

In the second-half, corner back, Jamie Brown would go on a marauding run before finding himself through. Although he had two on his back the defender dinked the ball over the keeper and into the top right corner of the net. Claudy would not score again until the 57th minute of the game as Eoin Bradley continued to cause havoc before punching a high ball into the square into the net.