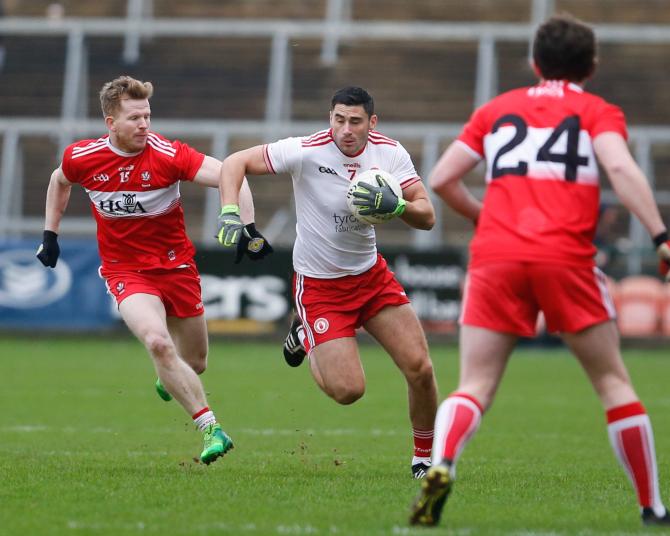 Derry maintained their fine start to the season with a hard-earned win over Waterford.

DERRY senior footballers maintained their impressive start to the season with a hard-earned 2-12 to 1-8 win away at Waterford at the weekend.

The victory in difficult weather conditrions certainly made the 500 mile round journey much more bearable for manager and players - and, of course, suporters.

Slaughtneil's Shane McGuigan led the way for the victors with 1-3 while club-mate Christopher 'Sammy' Bradley weighed in with three points.

The win keeps Derry in second place in Division Four, tucked in behind leaders Leitrim who hold the advantage by virtue of scoring average.

While the footballers get this weekend off, there is no such luxury for the county's senior hurlers who entertain Kildare at Newbridge on Sunday afternoon.

Both teams have won their opening two games so a victory for either would put them in a very strong position.

For all the latest GAA news, including what is happening around the clubs, check out The Chronicle this week.

There is also a wee trip down memory lane for members of Glenullin GAC as we continue trawling through photographer Danny O'Kane's archives.