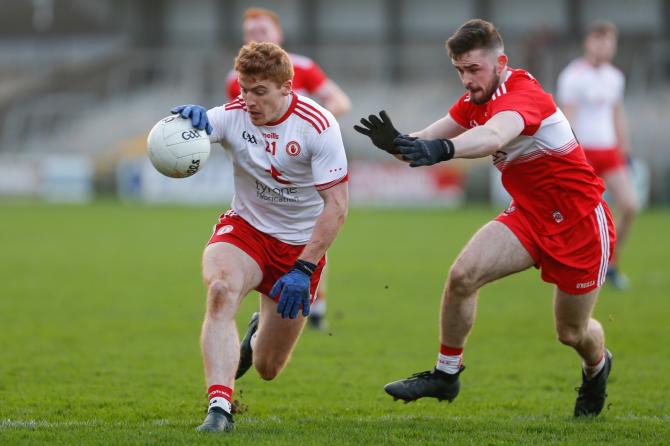 Tyrone's Peter Harte was the star of the show as the Red Hands edged out Derry in an exciting McKenna Cup semi-final clash in Armagh.

But a string of quietly impressive performances in the traditional season opening Dr McKenna Cup has injected fresh hope into the county.

On Sunday, Derry lost narrowly to Ulster champions Tyone in an intriguing semi-final in Armagh and open their league campaign with an away game against Antrim next month.

"Division Four is going to be tough," said McErlain.

"Week in and week out we are going to have to turn up and produce a performance."

McErlain also accepted that Derry will start as favourites to earn promotion.

To hear the Derry manager's views on the McKenna Cup defeat and the forthcoming National League, see this week's Chronicle.