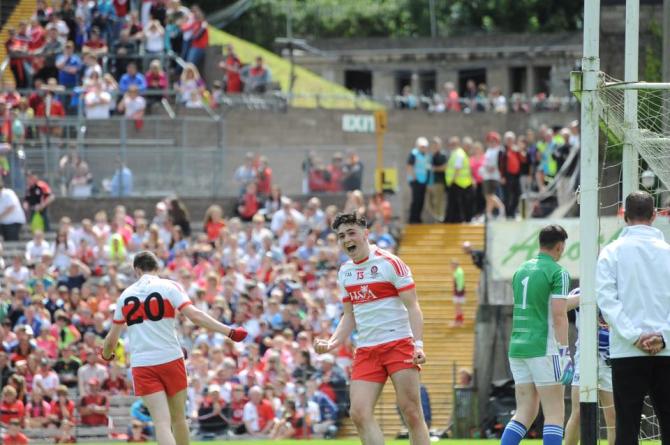 Teenager Ban McCarron was the star of the show in Derry's McKenna Cup defeat of Fermanagh.

TEENAGER Ben McCarron stole the show as Derry defeated Fermanagh in their Dr McKenna Cup clash at the weekend.

The schoolboy, a member of the Steelstown club in the city, came off the bench to score a hat-trick of goals in a 2-8 to 3-9 victory over the Erne county.

It was quite the performance from the youngster and marks him out as one to watch in the future as Oak Leaf manager Damien McErlain sets about restoring the county's fortunes.

Despite the win, it is not clear if Derry will progress to the latter stages of the competition - only a big win against Ulster University on Wednesday evening will give them a chance.

Cllr Brenda Chivers held a reception for the Coleraine club at the Cloonavin following a year during which they also claimed the Senior Ulster League.

For all the latest GAA news, see this week's Chronicle.