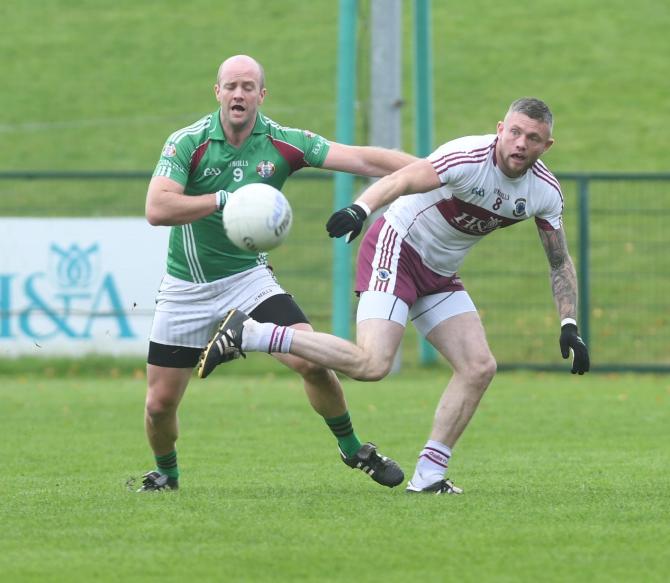 Eoghan Rua's Paul Daly in action against Ballinascreen in the Derry SFC. The Oak Leaf champions will face Monaghan champions Scotstown in Omagh as part of a double-header on Sunday November 18.

EOGHAN Rua Coleraine will meet Scotstown at Healy Park in Omagh on Sunday November 18 for a place in the Ulster Club Football Championship final.

The Derry and Monaghan champions will face off at 1.30pm as part of an exciting double-header at the county Tyrone venue.

The Ulster Council of the GAA announced the fixtures on Twitter on Tuesday evening and the news has already sparked huge interest among Ulster Gaels.

Should be quite a day...