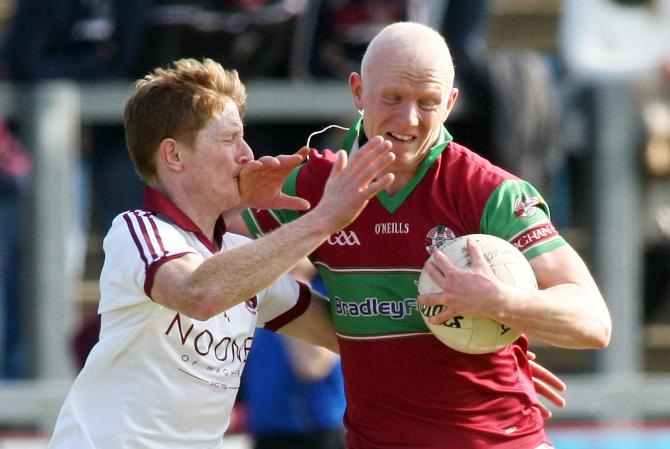 Ciaran McGoldrick played a key role as Eoghan Rua Coleraine booked their place in the final of the Derry SFC. Lavey will be their opponents after the Gulladuff men overcame neighbours Glen.

EOGHAN Rua Coleraine manager Sean McGoldrick is playing down talk of his side starting as favourites in Sunday's Derry Senior Football Championship final against Lavey.

The north coast club are odds-on with most bookmakers to win a second senior county title but the wily McGoldrick knows that the Gulladuff men will present a formidable obstacle.

"I expect we will be made favourites by many because we beat Slaughtneil on our way to the final," he said.

"You need a bit of luck to win any game and hopefully we get a rub of the green on Sunday," he added.

Nine-times champions Lavey, managed by John Brennan, a man who has never lost a county final while in charge of a team, will have their own hopes of winning a first title since 1993.

For a full preview of the game, see this week's Chronicle.