Eoghan and Lavey to meet in Derry SFC decider 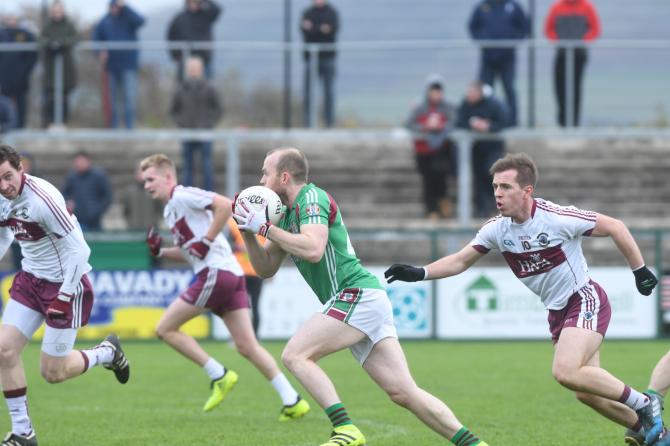 Ciaran McGoldrick played a key role as Eoghan Rua Coleraine booked their place in the final of the Derry SFC. Lavey will be their opponents after the Gulladuff men overcame neighbours Glen.

EOGHAN Rua Coleraine and Erin's Own Lavey will meet in the final of this year's Derry Senior Football Championship on Sunday October 21.

Lavey, meanwhile, under the watchful eye of manager John Brennan, had little difficulty in overcoming neighbours Glen Maghera in the second semi-final.

It will be a first meeting of the clubs in a senior football final, Eoghan Rua having only twice before reached the decider - winning in 2010 and losing the final five years later.

Lavey, the former Ulster and All Ireland club champions, have been in the doldrums for some years but have enjoyed underage success in the recent past.

The Coleraine men have been there or thereabouts for much of the decade and will probably start as favourites to win a second John McLaughlin Cup.

For a comprehensive round-up of a busy weekend in GAA circles, see this week's Chronicle.