The way we were 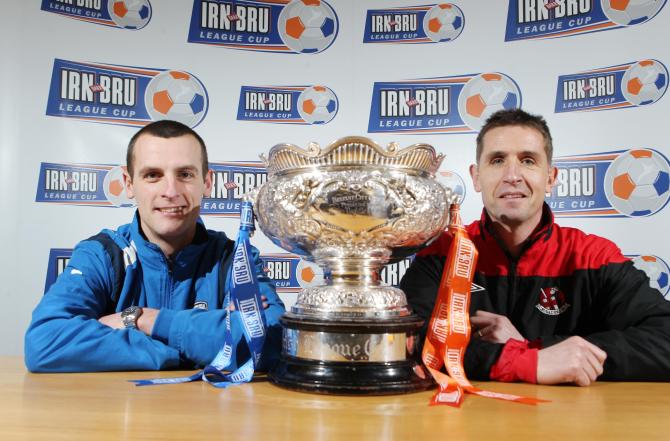 A LOT has changed in the eight years since Coleraine and Crusaders last met in a League Cup final.

The one constant - bar a brief hiatus - is the respective managers, Oran Kearney and Stephen Baxter.

Players have come and gone - there is barely a handful remaining from the previous meeting between the two clubs - but the pair are among the longest serving in the Irish League's top division.

Which is no mean achievement, given the precarious nature of football management.

Crusaders had the final say at the Ballymena Showgrounds back in 2012 when Chris Morrow scored the only goal of the game, a victory which heralded a period of domination in the local game for the north Belfast club.

The Bannsiders, by general consent, failed to show up on the big occasion that afternoon and had to endure a six year wait before winning a first trophy under the Ballymoney man.

That 2018 Tennent's Irish Cup win over Cliftonville remains a highlight of the schoolteacher's time in charge, but you get a sense he feels it's time to add to that sole success.

"That Irish Cup win was a springboard for the club and we want this to be the same, coming into an important stage of the season," he says.

"Ideally, if we win on Saturday, then the buzz from that would be brilliant moving into the final part of the campaign.

"For me, cup finals are joyous occasions. You have to embrace the challenge and hopefully get something very rewarding at the end of it.

"As a group, we have a hunger and a desire to go and get another medal," he adds.

Standing in their way is a club which has grown accustomed to winning silverware over the past decade under the guidance of Stephen Baxter.

However, they go into this weekend's clash minus the services of former skipper Colin Coates who captained them to a majority of those victories.

He left the club in the January transfer window to join Glenavon and it is yet to be seen what impact, if any, his absence will have this weekend.

His departure was hastened by the new defensive partnership forged by Billy Joe Burns and Rodney Brown at the heart of the Crues' defence.

Both better known as full-backs, Burns and Brown will be tested to their very limit this weekend by Coleraine striker Eoin Bradley, providing he has recovered sufficiently after leaving the field with injury in last week's win over Glentoran.

'Skinner' is a formidable presence up front for the Bannsiders, the fulcrum of their attack, and has tortured many a defender during his time in the Irish League.

At the other end, Coleraine's defence will need to be on their toes to deal with the three-pronged attack represented by Jordan Owens, Paul Heatley and Jamie McGonigle.

Given the strengths of the respective attacks, there could be goals.

Conversely, both boast a mean defence so it could be a tight affair.

Either way, it promises to be engrossing as two of the league's frontrunners bid to land the first silverware of the season - and send out a statement to their rivals.