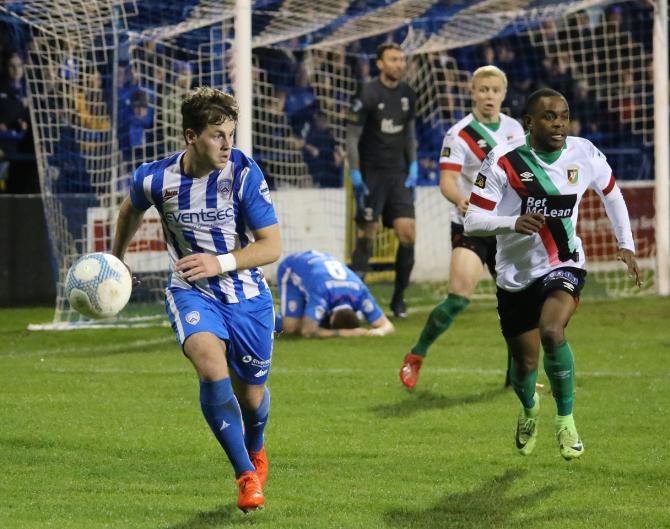 Coleraine recovered from a poor first half to draw 2-2 with Glentoran at The Showgrounds.

A GOOD game to watch but ultimately one to frustrate both managers.

Saturday's 2-2 draw at The Showgrounds didn't really help either team in terms of points but there were positives for both.

Visitors Glentoran played really well in the first half and were fully deserving of their 2-0 interval lead.

Coleraine, meanwhile, showed great reserves of character to claw their way back into the game after half-time and a draw was the least their efforts deserved.

Mick McDermott and Oran Kearney both talked up their respective teams following the final whistle and rightly so.

On this showing, both Glentoran and Coleraine will have a big say in the destination of honours this season.

For all the latest football news, check out The Chronicle.