Crowds on the up in Danske Bank Premeirship 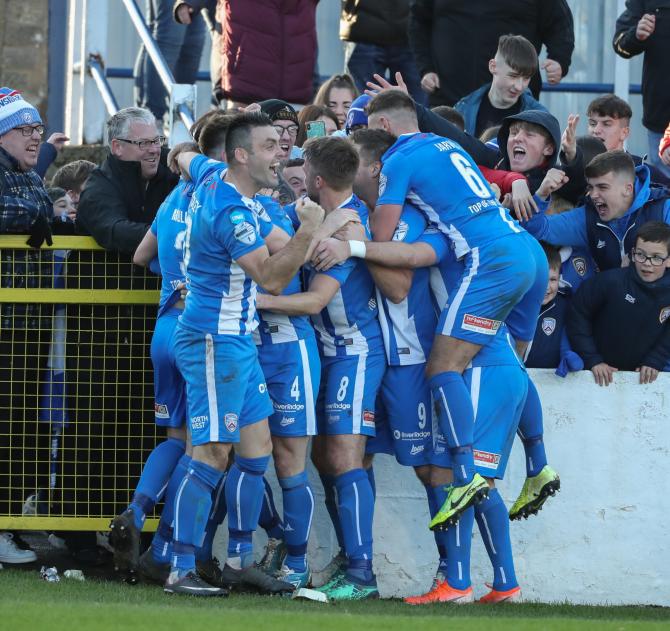 Crowds have been up across the league in the opening months of the season.

THE Danske Bank Premiership has recorded another increase in attendances following the first round of matches in the new season.

That spike has now seen 76,168 spectators flood through the turnstiles at Premiership grounds in the opening 61 matches.

The highest attended match to date this season was the high profile derby between champions Linfield and the resurgent Glentoran which attracted 4,810 to Windsor Park on 14 September.

Newly promoted Larne have been a boost to the division on and off the pitch, as their average attendance of 1,318 to date this season means that for the first time in the Danske Bank Premiership, over three quarters of the clubs are recording four-figure average attendances.

Closer to home, league leaders Coleraine have also been enjoying big crowds, with an estimated 3,500 attending last Saturday's top of the table clash against Linfield at The Showgrounds.

Since Irish League attendances were first officially recorded in the 2008 and the formation of the NI Football League in 2013 crowds have been incrementally increasing; the current season’s average match attendance (1,249) is a 45% increase on the average recorded during the 2008/09 campaign.

The NI Football League would like to thank the loyal supporters for their continued support of the Danske Bank Premiership this season.

* Attendance data and information provided has been analysed compiled by Ian Gordon.