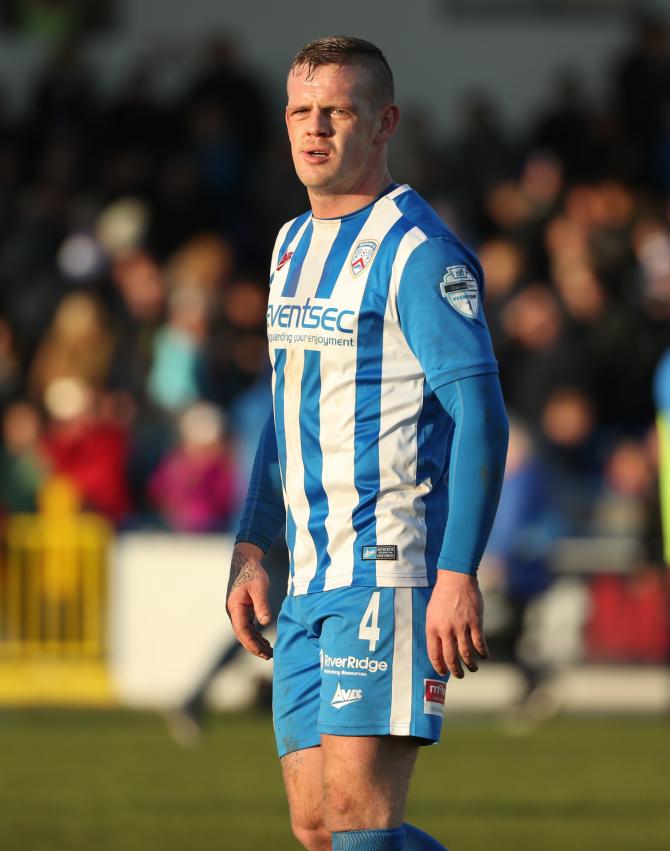 Coleraine defender Aaron Canning, prominent in the weekend defeat of Linfield at The Showgrounds.

The Bannsiders are on the road this evening (Tuesday) to face Championship side Dundela at Wilgar Park.

The east Belfast club are themselves enjoying a good start to the season and recorded a 5-0 win over Knockbreda at the weekend.

They are backboned by a number of players with top level experience, including former Glentoran defender Jay Magee and Coleraine and Ards midfielder Gareth Tommons.

They defeated a strong Larne team in the previous round, indicating to Coleraine manager Oran Kearney that his men won't be in for an easy night.

"It's a competition we want to do well in," he admitted.

"The League Cup hasn't been as good to us in the years that I've been here, bar one final, and it would be great to get a run in it.

"The key thing for me is to maybe freshen things up in some areas to make sure we can cope with a three game week.

"They're flying in their league and beating a pretty much full strength Larne in the previous round gives you an idea of the qualities they have.

"We know we need a big performance if we want to get through," added Oran.

The other quarter-final ties sees Linfield host Cliftonville, Ballymena at home to Crusaders and Newry City and Institute locking horns.