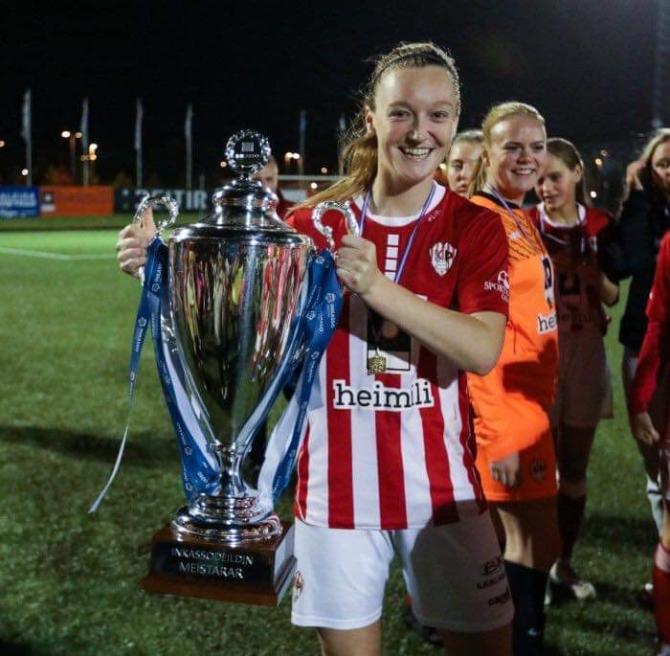 COLERAINE'S Lauren Wade has added to her growing list of achievements by helping Throttur Rejkjavik win the Icelandic league title.

"It is a great feeling to be crowned champions," admitted Lauren, grand-daughter of former Coleraine FC chairman Hugh Wade.

Her time in Iceland follows an equally successful spell at college in the United States.

As for the future, Lauren continues to weigh up her options.