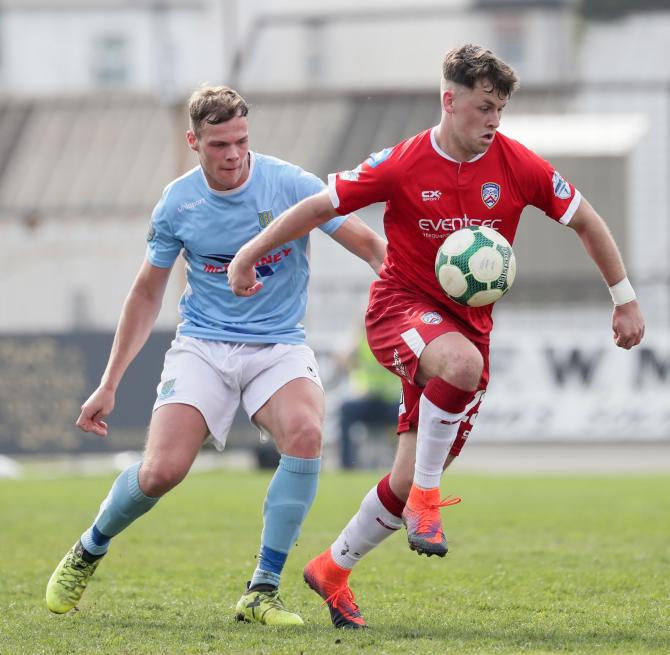 FRUSTRATION seemed to be the overriding emotion at the Ballymena Showgrounds on Saturday as Coleraine slumped to a 1-0 defeat against their bitter rivals.

It took Ballymena United just five minutes to break the deadlock last weekend as Leroy Millar produced a super curling effort to give the Sky Blues the lead.

Millar made an excellent run down the left hand side, beating the offside trap before surging into the area. The midfielder kept his composure, outsmarting Coleraine defender Aaron Canning before firing his effort towards goal which cannoned off the post and into the back of the net and that strike proved crucial as it was the only goal of the game.

It was quite frustrating for McAree and co as they seemed to have started the brighter of the sides but the early blow proved detrimental in the grand scheme of things.

Coleraine looked to have pulled level in the eleventh minute as Jamie McGonigle glanced a header narrowly wide. The striker met Ben Doherty’s corner at the front post but was left frustrated as he failed to hit the target.