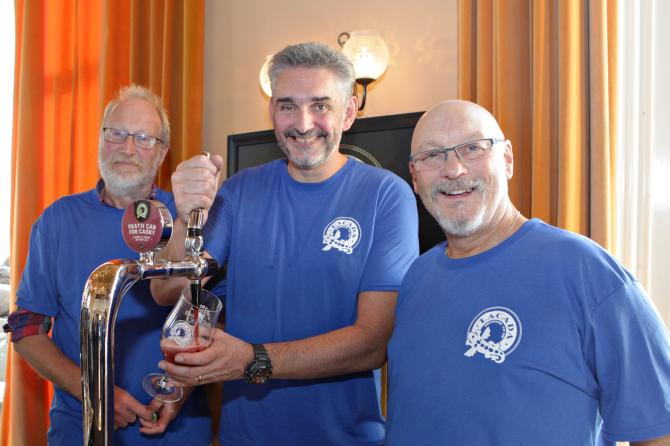 ORGANISERS of the popular Portrush Food and Beer Festival are already making plans for next year following the success of this this month's event in Portrush Town Hall.

An estimated 1,200 people attended the weekend-long event hosted by local brewing co-operative Lacada and which attracted independent brewers from across the island of Ireland.

Among the ideas for 2019 are a possible early summer outdoor festival at the Market Yard in Coleraine and a tie-in with The Open Championship which returns to Royal Portrush Golf Club next July.

These are exciting times for small breweries - recent figures estimate that sales of craft beers rose 50 per cent in the past 12 months - but it's not all plain sailing.

Brexit may present difficulties in terms of exporting goods while the continuing lack of a functioning executive at Stormont is harming expansion.

"As the law stands, we can't sell our products at source, in our brewery," explained Lacada member and festival organiser Rodger Doherty.

"We host tours at our brewery all the time but because of legislation we can't sell visitors our beer: we have to direct them to a nearby off-licence.

"That's a real problem when you have as many as 40 craft beer breweries in Northern Ireland.

"This is a real growing industry, a really successful one, but we need help from our politicians to ensure that continues," he added.

That, though, is for the future.

For those present at the festival the focus was firmly on the beers with everything ranging from raspberry, mango, grapefruit and lime flavours on offer in a variety of styles from IPA through to Pale Ales and much more besides.

The Portrush Food and Beer Festival has only been going for three years but has already established itself as one of the leading festivals of its kind in the UK and Ireland.

But don't just take my word for it: here's what Danny Trapp from the Wexford based YellowBelly Beer had to say.

"The Portrush festival is really important to us," he acknowledged.

"It's a long way to come for us but it's great for us as a company to get up here and speak to our fans.

"This event is right up there with other festivals and we love coming here every year."

For a full report and pictures from the Portrush Food and Beer Festival, check out this week's Chronicle.