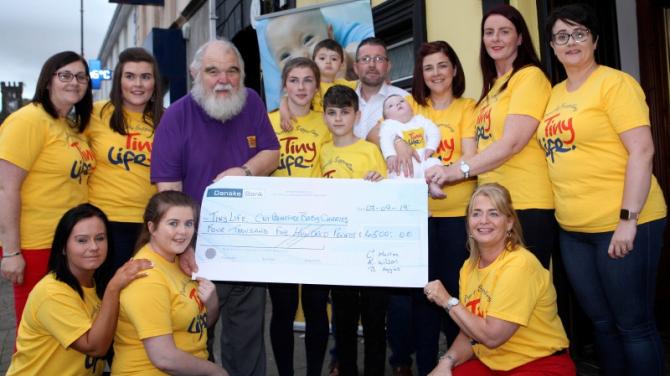 A GRATEFUL Garvagh couple have raised £4,550 for the charity which has supported them following the birth of their ‘miracle’ baby boy.

Tiny Oisin Quinn survived against all the odds after being born 10 weeks early, weighing just 3lb 3oz, when his mum Collette went into labour on Christmas Eve last year.

Oisin was born at Antrim Hospital on Boxing Day but on January 3 he started deteriorating and Collette and his dad Mark were told he had contracted sepsis and E coli.

* For full story see this week's Coleraine Chronicle which is now in the shops.